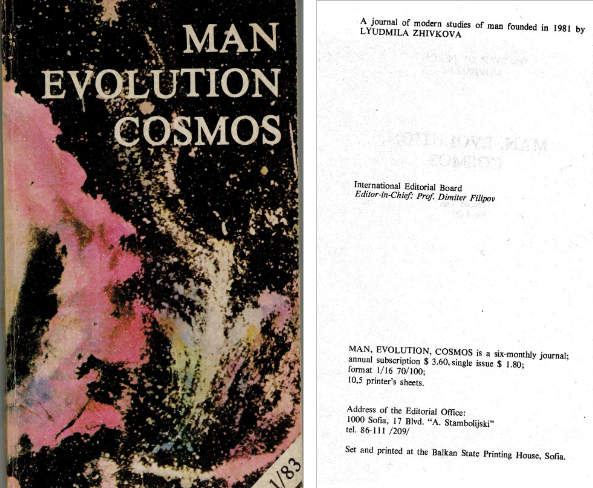 Tanyu H. Kolev CAN WE PUT NEW MEANINGINTO THE IDEA OFPERSONAL IMMORTALITY “If death were a good thing, the godswould not be immortal…”Sapho The idea of personal immortality arose in remote antiquity, later it came into play over and over again, above all in religion and also in philosophy and the natural sciences, it was discredited but again, revived. Is it necessary to go back and consider this idea after its having been subjected to a detailed critical analysis1 from the dialectical-materialistic point of view not so very long ago?… 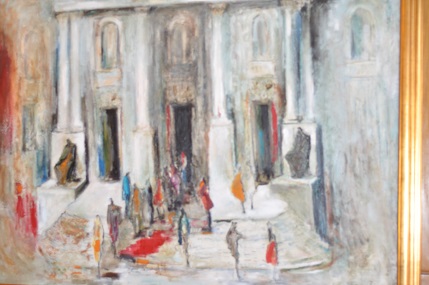 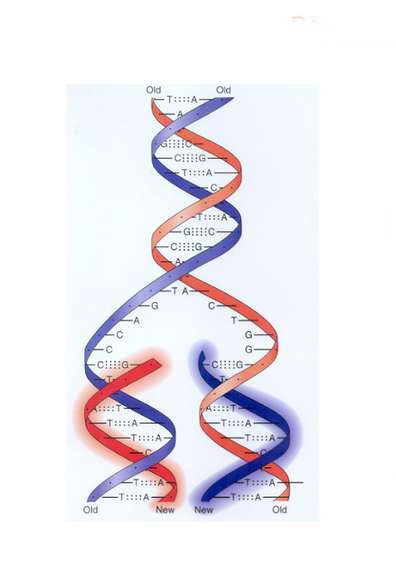 The system-information approach to the process of the mind-uploading presents an original and unusual picture of it. The approach itself was developed in the 1980s by a group of researchers in Bulgaria, united in a non-governmental organization. The ideas of this approach are based on the concepts of “system” proposed by P. K. Anokhin in his general theory of functional systems and the concept of “systems of information ” developed by V. I. Kremyansky. The process of the mind-uploading to a new carrier is understood not as reproduction, but as moving (or relocation) a certain system of information (psyche) in the space of memory from one material carrier to another. Technologically, the process itself can be accomplished by creating a specific bridge – an artificial commissure between the two brains – the donor and the receiver. The artificial commissure can be constructed similar to the natural commissure corpus calosum between the two hemispheres of the biological brain. The relocation procedure is provisionally called “artificial commissure”. Mind-uploading through the artificial commissure procedure naturally solves the problem of identity and can definitely be implemented relatively easily and cheaply, fully within the capabilities of today’s technology. The transfer procedure itself, as a research procedure, is the opposite of dissecting the commissures of the brain and offers a new experimental approach to the study of the mind-body problem. 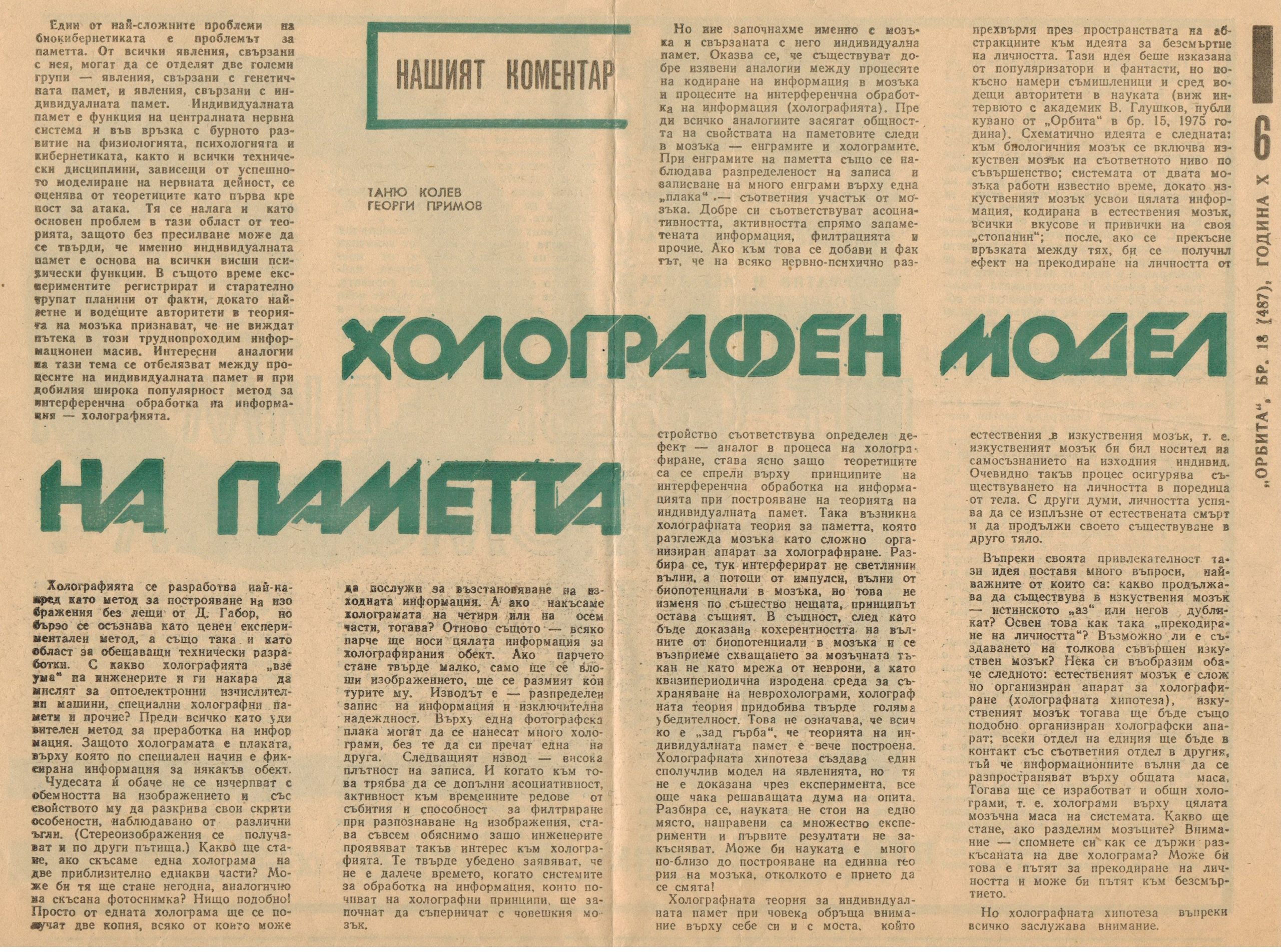 HOLOGRAPHIC MODEL OF MEMORY Published in Orbita newspaper on May 06, 1978 Tanuy Kolev Georgi Primov The memory problem is one of the most complex problems of bio-cybernetics. Of all the phenomena, associated with it, two large groups can be separated: phenomena related to the genetic memory, and phenomena related to the individual memory. The individual memory is a function of the central nervous system. It has been evaluated by the theorists to be the first fortress attacked by the rapid development of physiology, psychology and cybernetics, as well as… 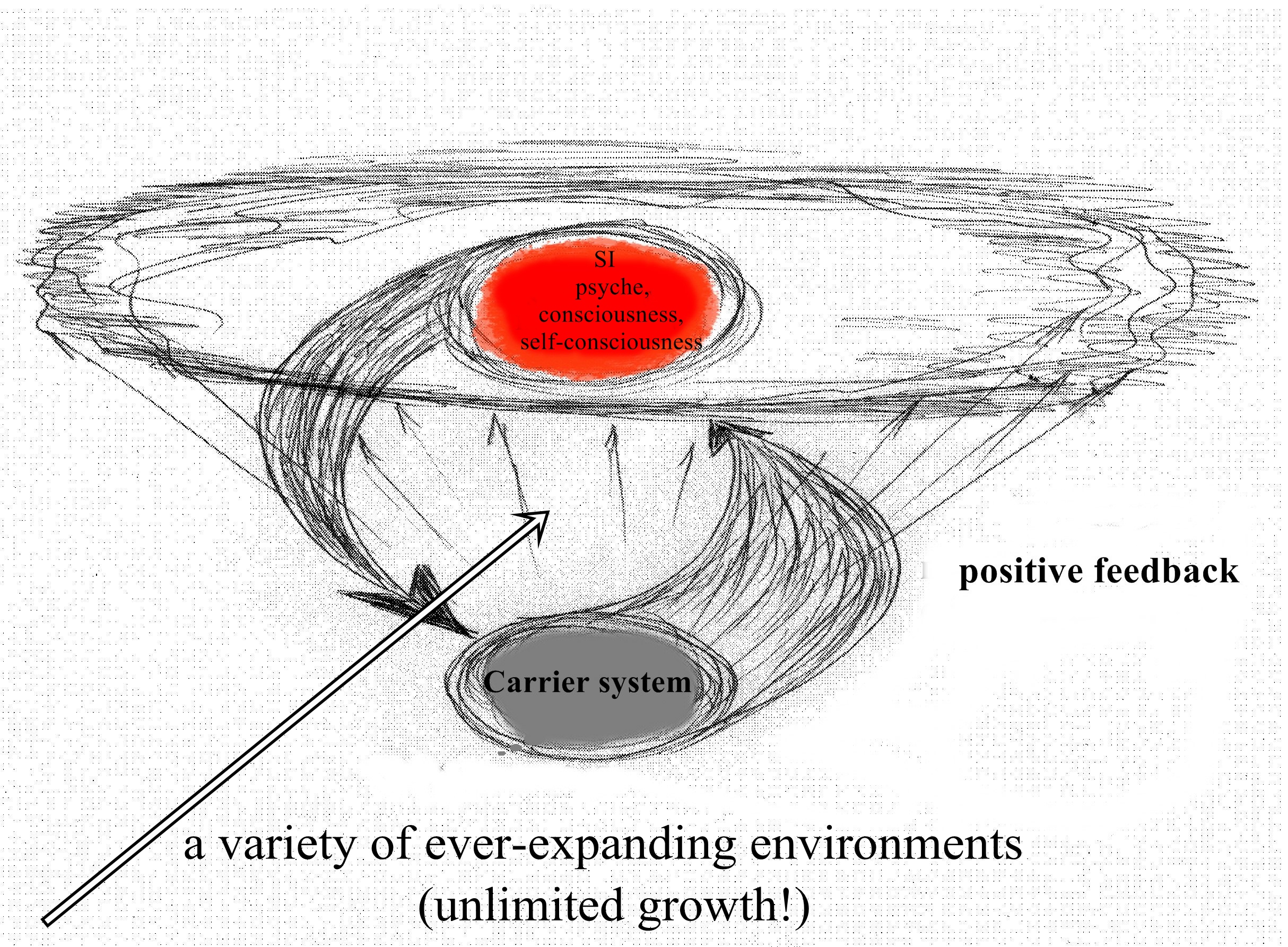 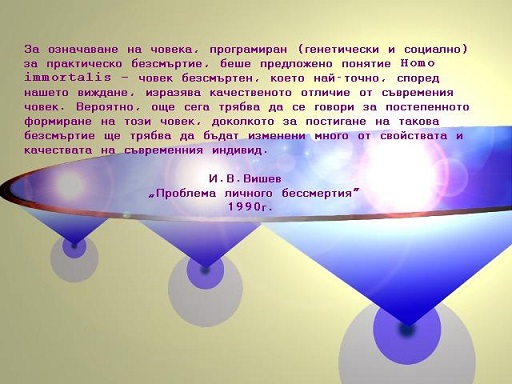 The association “Sub Specie Aeternitatis -2011” is the successor of several working groups on cyber immortality, operating from the 70s of the twentieth century to 2011.It is a non-governmental organization of citizens who share certain ideas with an immortological focus.We are, for now, the only organization in Bulgaria that tries to set, research and seek technological realization of cybernetic personal immortality, as well as to promote the whole range of philosophical, scientific and political ideas related to it.From the very beginning we strive for a scientific approach and rational thinking.We…